New Jersey decided late last year on a regulatory first:  to establish stringent standards for two types of perfluorochemicals in their environment.  According to a November press release, the state’s Department of Environmental Protection is the first to set maximum contaminant levels for perfluorooctanoic acid, or PFOA, and perfluorononanoic acid, or PFNA.  GenX is one of more than a dozen similar compounds found in the Cape Fear River, the source of drinking water for hundreds of thousands of southeastern North Carolina residents.

Minnesota recently updated guidelines for fish consumption from six of its lakes due to contamination from PFOS.  The fish, say Minnesota state officials, should not be consumed for more than one meal a month.  The new guidelines advise people not to take any fish from one lake and to avoid largemouth bass in another lake in Minneapolis.   The state has also revised its health advisory values for PFOA and PFOS.  The reason:  the new recognition these compounds stay in the human body for years and can increase with additional exposures.  So what are those recommended levels?  35 parts per trillion for PFOA and 27 ppt for PFOS.  The Environmental Protection Agency sets an acceptable level of 70 ppt.

One year ago today, the StarNews broke the story of unregulated and potentially hazardous compounds in the drinking water supply, including GenX.  This week also happens to be Clean Water Week.

On this edition of CoastLine, we explore how far we’ve come on a number of fronts – including what we’ve learned about the impacts of these compounds on human health, what is changing in the regulatory world, and how local leaders are adopting new technology to clean the water.

On June 7th, CFPUA launched a customer survey on GenX and the Sweeney Water Treatment Plant: 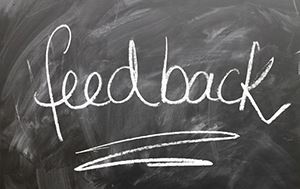 Officials ask CFPUA customers to complete the survey either through their website:

or at CFPUA offices at 235 Government Center Drive or 305 Chestnut Street.