LA MAISON DE LA RADIO is a vibrant portrait of Radio France, that nation's equivalent of NPR or the BBC. Directed by Nicolas Philibert (To Be and To Have), a master of the documentary genre, LA MAISON DE LA RADIO shows the day-to-day life of a beloved cultural institution, as radio hosts, producers and journalists produce a vast array of shows for "culture-loving, politics-mad, talk-obsessed France." The masterful editing creates a stream-of-consciousness peek into the lives of people who are truly passionate about their work. (99 min.)

The American Promise journey began in 1999, when filmmakers Joe Brewster and Michèle Stephenson enrolled their son Idris in the Dalton School on the Upper East Side of Manhattan after the private institution boldly strengthened its commitment to cultivating a diverse student body. Michèle and Joe decided to turn the camera on themselves to film the experiences of 5-year-old Idris and his best friend and classmate Seun. The documentary captures the stories of Idris, Seun, and their families from the first day of kindergarten all the way to their 2012 high school graduation. Over the 12 years, we see the boys and their families struggle with stereotypes and identity, navigate learning differences that later become diagnoses, and ultimately take increasingly divergent paths on their road to graduation. (80 min.)

Captive Radio : Families of victims of kidnapping in Colombia use a weekly radio program to communicate with their loved ones held hostage in the jungle (dir. Lauren Rosenfeld, 25 min.)

Directed by Lisa and Rob Fruchtman

Ingoma Nshya is Rwanda's first and only all women's drumming troupe. Made up of women from both sides of the 1994 Rwandan genocide, the troupe offers a place of support, healing and reconciliation. When the group decides to partner with two young American entrepreneurs, Jennie Dundas and Alexis Miesen of Brooklyn's Blue Marble Ice Cream, and open Rwanda's first ever ice cream shop, these remarkable Rwandan women embark on a journey of independence, peace and possibility. SWEET DREAMS interweaves intimate, heart-wrenching stories with joyous and powerful music to present a moving portrait of a country in transition. (89 min.)

Encompassing the 42-years and 12-films long relationship between legendary actress Liv Ullmann and master filmmaker Ingmar Bergman, this is an affectionate and revealing account of two intertwined lives. Told entirely from Ullmann's point of view, this biopic of an extraordinary relationship is constructed as a collage of images and sounds from the timeless Ullmann-Bergman films, behind-the-scenes footage, still photographs, passages from Liv's book Changing and Ingmar's love letters to Liv. A candid look, not only at two of the greatest artists of our time, but also at two human beings, friends, and soul mates. (89 min.) 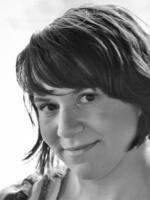