Snowboarding isn't new to North Carolina, but younger riders are putting it on the map

Jeffrey Puckett was supposed to be working the demo tent for Edge of the World Snowboard Shop at Appalachian Ski Mountain in Banner Elk. But it was two weeks before Christmas and Red Bull was hosting a contest with some of the biggest names in snowboarding. So, he and a few coworkers made an executive decision to put work on pause.

Puckett and company stopped what they were doing, scrawled a note on a dry-erase board and went over to the terrain park to watch.

“Demo Tent CLOSED,” the sign read. “We’re up watching the biggest contest to ever happen in NC and you should be too!”

The contest, named Red Bull Rail Yard, was being held for just the second time and featured some of the most eyebrow-raising snowboarders in the world.

The contest is the brainchild of Luke Winkelmann, a North Carolina native and rider for Team USA. His goal was to get pro-level riders to experience where he fell in love with the sport and give locals a chance to see some top-level competition right in their own state, Winkelmann told the Blowing Rocket. He left with a first-place finish, too, and Annika Morgan won the women's competition.

Some participants, like Californian Zak Hale, hailed from the West Coast. Others, like Dutch rider Jesse Augustinus, were from Europe.

And then folks like Winkelmann, Zeb Powell, Reilly Tardiff, and Brantley Mullins cut their teeth snowboarding right in North Carolina. And that is how we have arrived here, at App Ski — as the locals call it — with a contest sponsored by a global action sports brand, showcasing some of the sport’s top talent.

There is a universal “proud big sibling” feeling that grabs hold of North Carolina mountain town locals when they get to talk about one of the pros that has made it in the snowboarding world. Trevor Farrell — an Appalachian State student who worked on the terrain park team at App Ski in 2022 — recalled watching Powell snowboard for the first time with the same inflection of an ecstatic family member recalling their little cousin's first bike ride.

Beech Mountain Marketing Director Talia Freeman was quick to make sure Mullins — who’s older brother JK also competed in the December contest — wasn’t left out of the conversation. And Andy McDaniel, a USA Ski Association official whose close friend gave Winkelmann his first snowboard lesson, got emotional when talking about watching the Red Bull contest back in December.

If you didn’t know that North Carolina was a hotbed for snowboarding, that’s OK. Most of the world didn’t either. But there is one definitive moment — an X Games contest called the Knuckle Huck back in 2020 — that introduced the general public to a young man from Waynesville named Zeb Powell.

In his first run of the contest, wearing heart-shaped sunglasses that you might find on members of a bachelorette party, and a Red Bull helmet with his dreadlocks poking out the side, Powell drops into his first ever X Games run, a graphic with his bio drops onto the screen.

“When Zeb absolutely blew up — like when he really, really got to where he is in snowboarding — he was never going to be the person to not say where he was from,” said Brantley Mullins, whose family would often host Powell for weekends at Beech. “He was always such a big advocate for North Carolina. And you know, you have him up on the big screens. And then people are being like, 'Oh, well, everyone knows that Zeb is from North Carolina'.”

Thanks to the internet, that contest jump-started Powell’s folktale. It resulted in him becoming the first Black snowboarder to win a gold medal at the X Games and he has since signed a contract with Burton, the biggest brand in snowboarding. He became friends with the late artist Virgil Abloh, and taught rapper A$AP Ferg how to snowboard.

Later that year, Powell was featured in The New York Times, which dubbed him “the face of Black snowboarding." He quickly became an internet sensation, doubling his Instagram followers after the Knuckle Huck gold, and that, McDaniel says, has helped insert North Carolina into conversations about snowboarding across the country.

“The social media thing. I think that that's really propelled some of these guys, specifically about Zeb,” McDaniel said. “I mean, he's, he's just one of these guys that's going to actually change the course (of snowboarding) a little bit.”

The new attention to the sport has inspired another generation of riders. If you stop by App Ski, you’ll see kids on boards in the terrain park wearing Carhartt coveralls from the thrift store instead of more-expensive, waterproof snow pants.

But the tradition has been there all along, even if the rest of the world didn't know it.

“We were just rebels.”

It was the mid-1980s when one of Andy McDaniel’s childhood friends came back from a family trip to California with a snowboard. The friend insisted that they give the sport a try, and so one day after it snowed, McDaniel traveled to Asheville Municipal Golf Course to give it a try. A few years later, he moved to the Boone-area for college, and spent his free time riding his snowboard at Beech Mountain and Hawks Nest. Snowboarding wasn’t widely accepted back then. Riders across the country have stories about getting dirty looks from skiers and harsh treatment from ski patrol. And in western North Carolina, there were no more than 10 other snowboarders on the hill alongside him in those early days, McDaniel says.

“You couldn't snowboard App Ski. You couldn’t snowboard at Sugar,” McDaniel said. “Everyone knew each other. We were just rebels. And then it became this huge mainstream thing. And I've been there for every single minute.”

That thing has gotten big fast, and it has piqued curiosity in people all over the country. December’s contest featured riders from Germany, Canada, Pennsylvania and Michigan. And Mullins said that when word got out that Bat Wing Headwear — an apparel company started by former Beech terrain parks crew member Jack Reid — might host an event in North Carolina, a crew of snowboarders she rides with in Utah started putting together a loose plan to get to the Tar Heel State for in an attempt to finally see what all the hype is about.

“It's not a surprise at all to me. As a snowboarder from North Carolina. I've been doing this for 33-plus years. Everywhere I go. People are made aware of the fact that there's snowboarding in North Carolina,” Edge of the World shop owner Jeff Johnson said. “We've always been here. With social media and the access to information these days, this information is finally getting out there because we've definitely been pretty isolated down here in the southeast, doing our own thing.”

Johnson started snowboarding in 1995. Living in eastern North Carolina at the time, he decided to move to the mountains for college shortly after. Pro snowboarders were like rock stars back then, and there was some temptation to move out to the western part of the U.S., where pros filmed videos filled with steep cliff drops and tons of powder. Jackson Hole or Mammoth Mountain would have been nice, but North Carolina was home, and so he stayed. Then in 2007, Johnson took over as the shop’s owner and has helped play an important role in promoting the culture ever since.

If you stop by the shop in Banner Elk on any given day, you’ll walk into a shop that is one part retail store, one part homage to the sport. As many vintage trail signs and posters hang from the wall as sweatshirts and snow pants for sale. Hats dangle from the ceiling. And more likely than not, the staff will ask you if you’ve been on the mountain yet that day when you walk in.

And just up the road in Boone is Recess Ride Shop, owned by JP and Ashley Pardy. JP served as one of the judges for the Red Bull event in December. If you ask Mullins, JP is a huge reason for the state’s relevance in the scene today, through his involvement in competitions and encouragement to resorts to put efforts into terrain parks.

“That man has ultimately, single-handedly changed the entire scene of snowboarding in the South,” Mullins said. “It's not people who go out for the weekend. It's people who go up there all the time, riding park and having fun... There's so much talent in North Carolina, people don't realize it. There is a really good scene here.”

So, what is it about riding in North Carolina that makes its stars stand out? If you ask Johnson, it’s a difference in attitude, not altitude.

It can be easy to ride all day in New Hampshire, California, Utah and any of the other snow sport hotbeds that have a long history of cultivating professionals and sending its best to the Olympics and X Games and World Cups. But to ride in North Carolina, it takes a special kind of passion, the type that’s willing to put up with rain, ice and long lift lines.

“I think it's hard pressed to find a snowboarder that is more passionate than somebody that comes from North Carolina,” Johnson said. “I mean, early season, icy conditions... no powder. Well, sometimes powder. We appreciate it more when we do (get it). I think that has a lot to do with it.”

Mullins now lives in Salt Lake City, Utah, and spends most of her winters at the snowboarding haven Brighton Resort. She just signed with Switzerland-based brand Nitro, and has been able to ride all over the U.S., from Oregon to Minnesota to New Hampshire.

But the thing that makes her home mountain special is how inviting it is, thanks to a blend of southern hospitality and snowboarding that you don’t see anywhere else.

“I would say that a lot of places I go, like my first time going to Minnesota or like anywhere in the Midwest, I’ll be like, ‘Why isn't everyone talking to me? Why isn’t everyone being nice to me?’” Mullins said. “People especially first start getting into snowboarding, they're always scared of what people are going to think of them when they're riding. Because it’s so open and welcoming (in North Carolina), it's very different.

“And I think it's really a special thing that we have that going on.” 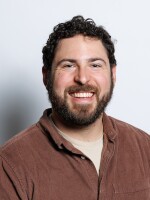