Protections extended for many Venezuelan residents but not all

Many Venezuelans living in the United States have been thrown a lifeline by the federal government — at least until March 2024.

An estimated 343,000 Venezuelans may qualify to remain in the United States until that time and avoid the humanitarian crisis back home, according to the Department of Homeland Security.

Members of Charlotte’s Venezuelan community are worried, however, that tens of thousands of Venezuelans across the country remain unprotected and vulnerable to deportation.

The United Nations estimates more than 6 million Venezuelans now live outside of their country.

Nearly half a million of those individuals resided in the United States as of the 2020 Census count.

As the crisis in Venezuela continues, the number in the United States — and North Carolina — is likely much higher now. That’s according to Judith Alves, who helps welcome new arrivals to the Charlotte area through La Alianza de Venezolanos or the Venezuelan Alliance.

Customs and Border Patrol data also points to an increase in Venezuelan arrivals. The agency reported about 112,000 encounters with Venezuelans for the first nine months of this fiscal year. That's more than double the total for last year.

“I think it's totally accurate to say they're facing the same or potentially even worse conditions than the people who came prior,” Weeks said.

The problem for new arrivals is that they do not qualify for Temporary Protected Status — the program that allows many other Venezuelans to remain in the United States.

The program’s 18-month extension will protect hundreds of thousands from deportation, but only until March 2024 and only if they arrived in the United States before March 2021.

Even for people who qualify, Weeks says the extension is only a band-aid.

The situation means a lot of anxiety for Venezuelans, who aren’t sure how long they will have the right to remain here, Alves said.

As of 2020, more than a quarter of the nearly 8,000 Venezuelans living in North Carolina resided in Mecklenburg County.

Through volunteers like Alberto Rojas, the Venezuelan Alliance tries to help new arrivals to the county navigate the job market, the school system and banking. A low-cost legal program, offered through a partnership with the Latin American Coalition, has also helped around 150 people apply for TPS, Rojas said.

Many individuals may not realize before reaching out to volunteers that they qualify to have their application fee waived, he added.

“These individuals are in a very high-need, very high-stress situation. And sometimes it's hard for them to make the best decision,” Rojas said. “There are many situations in which individuals that don't even have an income sign for some debt in the future in order to be able to pay for the fees and the legal fees.”

For renewals, Alves added that Venezuelans must apply for their TPS extension before Sept. 9, 2022, or they will not qualify for protection. 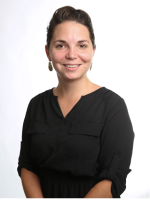