Wilmington City Council voted unanimously on Tuesday to put a refundable $500,000 deposit towards purchasing the building downtown, plus $250,000 towards evaluating the potential deal.

Councilmember Clifford Barnett said it was a great opportunity.

The city now has 120 days to consider the pros and cons of making the $68 million purchase of the building. After that, the city can move ahead with the purchase or take a full refund of its deposit.

Council also approved spending $250,000 separate from the deposit to evaluate the deal with appraisals, a building condition assessment, and legal counsel to consider potential debt.

He said “at worst,” the newly vacated properties could be theoretically sold within a year of the move, and staff would need a while to prepare for the move anyways.

Staff said the purchase would allow many departments to consolidate into one building and could avoid costly repairs for current properties. It could also open up more parking.

The purchase would also include two adjoining tracts of land, which could be sold or developed to boost revitalization efforts in the area.

The city would also rent out some of the space in the building to new tenants, and Thermo Fisher would lease a portion of the building for at least three years.

The deal will also need approval from the Local Government Commission, part of the North Carolina State Treasurer's office that reviews major purchases by municipalities and counties. 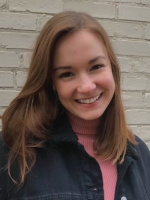