At last night’s New Hanover County School Board meeting, members voted unanimously to change the policy that governs how and when School Resource Officers can question students in school.

After months of public discourse, board members led by Judy Justice voted unanimously to modify the language in the local guidelines, known as Policy 5120. The previous language had only required police and school administrators to “attempt” to contact parents before interrogating a student. That language, opponents argued, was in violation of state law.

The new, revised language —proposed by the Sheriff's Department — requires that parents be contacted.

Board member Stephanie Kraybill initially disagreed, arguing that it should be up to the police to determine what happens in the schools.

But board member Judy Justice said the policy needed to be changed.

“Parents should know that their children are being questioned...we need to look at that because ultimately we are the ones in charge, not the Sheriff's Department," she said.

Board Vice-Chair Nelson Beaulieu initially opposed changing the language — saying there was nothing else to discuss — but ultimately moved to amend the policy to comply with state law. The amended policy then passed unanimously.

The board also upheld the mask mandate in schools based on state requirements that school boards must vote monthly on the mandate. Several maskless protestors — who had presumably attended to protest the mandate — were escorted out of the building by Sheriff's deputies early in the meeting at the direction of Chair Stefanie Adams. 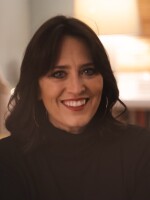