The Brunswick Commissioners extended the usual “not-in-my-backyard” thinking to “not-within-27-miles” Monday, voting to oppose construction of wind turbines within 24 nautical miles (about 27 miles) of the county’s shoreline.

Although no wind-energy projects are planned for the area, the federal government has identified three Wind Energy Areas (WEA) off the North Carolina coast as potential sites for turbines, which would harness offshore wind to produce electricity. Two are off the coast of Brunswick County and one is off Kitty Hawk, in the Outer Banks. The sites are regulated by the Bureau of Ocean Energy Management (BOEM).

The unanimous vote at Monday’s commissioners' meeting is a change of direction for the board, which declined to support a similar resolution brought forth by Caswell Beach in 2015. The issue re-emerged recently when, following the lead of Bald Head Island, several other Brunswick beach towns passed resolutions opposing turbines within the 24-nautical-mile range.

The county’s resolution states that a 24 nautical mile “no-leasing buffer” is already in place in the Kitty Hawk WEA and all of coastal Virginia. The resolution also notes that studies on the WEAs haven't considered their visual impact.

“Wind turbines located within the viewshed of Brunswick County beaches would damage tourism and the economy of the county by transforming open ocean views to views of massive industrial machinery,” the resolution says.

Although offshore wind turbines have long been discussed as a clean-energy alternative, only one major project is underway. In May, the federal government approved a plan to build a 62-turbine wind farm off the coast of Massachusetts. It would be the first large-scale, offshore wind project in the United States, according to a statement from the Department of Interior.

On another contentious offshore-energy issue, the Brunswick commissioners remain neutral. In early 2018, the board reversed its previous support of offshore drilling for oil and gas. A resolution put forth later that year opposing offshore drilling was effectively voted down when the board voted to take it off the agenda.

In other action Monday, the commissioners passed a resolution “encouraging the exploration and funding for a replacement of the Cape Fear Memorial Bridge.” Noting that the 50-year-old bridge is becoming increasingly expensive to maintain, Commissioner Frank Williams said, “at some point something’s going to have to happen or in 20 years everybody’s gonna be going to the Isabel Holmes Bridge and wondering why somebody didn't do something.”

Chad Kimes, who leads the Wilmington-area’s NCDOT division, said in early 2020 that the bridge had to be replaced, and replaced soon. That is the consensus among leaders from across the region.

And although early conceptual work came up with four options for a replacement, County Manager Randell Woodruff told the commissioners that “it appears unlikely the North Carolina Department of Transportation will include replacement of the bridge in its priority project cycle within the next ten years.”

A recent proposal to consider an unsolicited plan for private funding of a toll bridge was recently shot down by the Wilmington Metropolitan Planning Organization, the group that guides major transportation projects in the area. 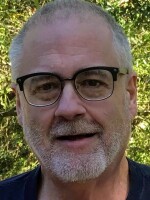