Local
CoastLine: Beneath The Surface
00000177-efb4-dee4-afff-efbec5570005CoastLine: Beneath the Surface is a 12 month series focusing on civil discourse in our local community and beyond. Members of the community will engage in a roundtable style conversation, one that is lively and respectful, and will explore a range of topics.As laid out in our debut show, "There will be agreements and disagreements. And while opinions might change, that is not the point. We expect politics to play a part, but that's not the point, either. We’re focused on understanding how peoples' lived experiences shape their views. We’re working to separate the person from the easy labels – the boxes we like to put each other in. The goal is to cut through the bluster...and to listen more thoughtfully and more actively to what someone else is really trying to say."Host: Rachel Lewis HilburnProducer: Katelyn Freund, Rachel KeithAudio Producer / Editor: Kaitlin Hanrahan

CoastLine: Beneath The Surface VI

A dozen or so people, diverse in age, ethnicity, and political leanings, are engaged in a year-long experiment in civil discourse.  Each month, we bring you a conversation with members of the group.  We’re observing how the tone and quality of the conversation changes over the course of the year and whether people with different views will grow to value time with one another.

June is Gay Pride month, and this year the LGBTQ+ community is honoring the 50th anniversary of the Stonewall Uprising.  June 28th, 1969 New York City Police raided the Stonewall Inn, a bar on Manhattan's West Side popular among gay people.  Back then, New York City police routinely raided gay bars because they were gay bars.

The protests that resulted, the Stonewall Riots, marked the birth of the gay pride movement.

America's attitude towards the gay community has changed over the last half-century.  Consider this:  It was only 10 years ago that Presidential candidate Barack Obama told MTV he did not support same-sex marriage.  Four years later, President Obama told Good Morning America’s Robin Roberts that his “thinking had evolved” and that  “same-sex couples should be able to get married.”

When Robin Roberts herself came out six months later, it barely made a ripple —at least in the media world.  Whether middle America was surprised – well, that might be an open question.  But the public reception for Roberts was dramatically different compared to the backlash Ellen DeGeneres dealt with over her coming-out 15 years earlier.

Candidate Donald Trump came out in support of the gay community during his campaign in 2016.  When North Carolina passed HB2, a law mandating bathroom usage that correlates with birth gender, Trump said Caitlyn Jenner could use the commode of her choice in Trump Tower.  That’s according to the New York Times.  At the Republican National Convention, he pledged to protect the LGBTQ community.  As President, though, he’s pulled back support.  Recently, when several United States embassies requested permission to fly the rainbow flag this month in honor of Gay Pride, the State Department said no.

However, the number of younger Americans who say they’re comfortable with gay people is dropping.  Those age 18 to 34 who are comfortable interacting with LGBTQ people slipped from 53% in 2017 to 45% in 2018.  That’s the only age group to show a decline, according to reporting by USA Today on the annual Accelerating Acceptance report.

How have our group members’ attitudes changed?  And how have their life experiences, their faith, and their families shaped their views?

Cedric, Founder of the nonprofit Support The Port and Wilmington native;

Joe, a hypnotherapist in Brunswick County and Kathyrn’s husband;

Kathryn, a nurse and Joe’s wife; 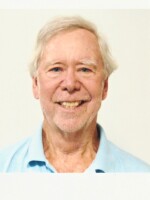 Doc Jarden
Doc Jarden is an independent television producer and writer whose work has appeared on PBS, CBS, The History Channel, Discovery, and elsewhere. Prior to moving to Wilmington from New York City in 2000, he served as VP and head of documentary programming for Court TV, and prior to that as a senior producer and producer at both ABC and CBS News. He's a graduate of Duke University, and has an MA in Journalism from Penn State.
See stories by Doc Jarden