Commentator Philip Gerard discusses what he believes is his most important role as a professor in the classroom.

Philip Gerard is the author of eleven documentary scripts, numerous short stories and essays, and ten books, including his new novel, The Art of Creative Research, coming in February 2017. He teaches in the Creative Writing Department at UNC Wilmington.

WHQR Commentaries don't necessarily reflect the views of WHQR Radio, its editorial staff, and its members. 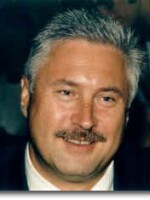 Philip Gerard
Philip Gerard is the author of seven books, eleven documentary scripts, and numerous short stories and essays. He chairs the Department of Creative Writing at UNC Wilmington. For more information about Philip, please visit his website.
See stories by Philip Gerard